Why is it important to understand American history?

History is the backdrop for what lies in front of you.  Not only that but one of the greatest sages of any age, Solomon, said there is nothing new under the sun.  However, reading through recent historical narratives and documents will usually paint a picture of what may be to come.  The evolution of the laws/trends in England had a direct effect on the laws in the emerging United States of America.

First, the invention of the Gutenberg press (1450 A.D.), and therefore the Gutenberg Bible, allowed the commoner to read the Word of God which allowed a Spirit of God to begin to saturate people’s minds and hearts.  This allowed people other than priest 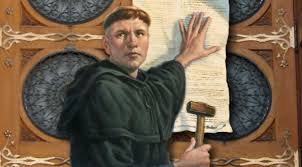 s or government officials to develop their own belief system other than what the elite told them was in God’s commandments and principles of living.  The truth was now being searched out and adventures such as Columbus sailing across the Atlantic (1492 A.D.), and writings such Luther’s 95 Thesis began to question this authority structure (1517 A.D.).

Soon, these thoughts of questioning and lining laws up with scriptural support came to the marketplace.  The Petition of Right (1628 A.D.) and English Bill of Rights (1689 A.D.) soon came as policy initiatives in Britain.  At the times this type of political reform was coming into place people like William Blackstone, John Locke, and Baron De Montesquieu was being born.   Out of their writings came thoughts and ideas that assisted in the crafting of both the Declaration and the Constitution.  The authors of these American documents, T. Jefferson and J. Madison, etc., had studied and pulled thoughts and theories from the previously stated reformers (Barton, 2000).  This understanding supports where political theories and principles were built from previous generations’ ideologies.